I got a grade yesterday. *yay* When the Sensei Shiva announced “9th Kyu”, (after a display of what I thought was a foolish but heart felt improvisation to a technique) the depth of what had happened hadn’t hit me. In fact way before I could absorb what he meant, the entire class started clapping. I did read that the school of Bujinkan had 9 levels before a black belt but I didn’t even know they were called the 9kyu’s. I had to ask people and read up on it to actually find out the various grades and the syllabus for grading (yes just like any school we have a curriculum too). Kyū ranks progress from the larger number to smaller. It starts from the 9th kyū and goes all the way up to the 1st kyū before you reach the black belt.

The episode got me thinking. It made me wonder if getting a rank or a grade was that important. I remember when I was younger; the children in my friend circle would be excited at the thought of a “black belt”. As kids we would only wear black belts with our “Gi” or costume for functions and even fancy dress competitions! I also remember commercial schools often used to put up advertisements saying, “get your black-belt,” as a sign up feature. I’ve heard it even ‘ups’ your bargaining power when applying for a job and increases your market value during marriage! Hehehe ! *grin* 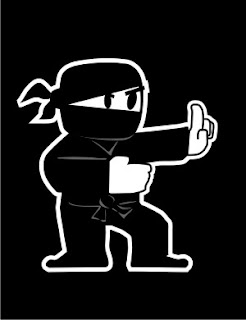 The fascination to get a grade or a black belt is something which every martial artiste has. But to what extent that influences your actions is something to be thought about. I firmly believe that one should train because you love the art and want to improve, not because you want a black belt. Getting a black belt should not be an eventuality of martial arts training. One should do it for love of the art and the want to learn self defense. Just showing up in class doesn’t make one deserve a rank.
A story I’ve heard is that in ancient times students received the white-belt, and that was the only belt they ever received. It had turned frayed and became a black belt because of repeated use and handling over many years. 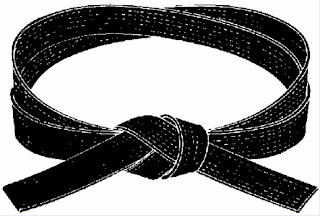 The disservice the colored rank system does to some students (in many other schools and dojos) is that it gives them the impression that with each rank they are gradually becoming more skilled. It makes them believe they are gaining expertise regardless of how much they may or may not have trained while the truth may be far away.

This Reminds me of a Sanskrit Sloka - “Karmanye Va Adhikarasthe, Maa Phaleshu Kathachana” "U have the right only to the action, and not for the fruit."
And that does not mean one should stay idle. One has to do what he has to do - and not wait for the results. When the rain clouds gather, rain will fall automatically. I guess a lesson learnt is that one has to keep going from one action to another, from one activity of activity, from one moment to another without wishing for the result or trying to control the outcome.

I don’t know why I was granted a grade so quickly into my joining the school. Maybe someday ill find out. I personally believe I was way better on the day I started than I am today, because I knew less than and accepted more openly. Lol
For now I’m just going to enjoy the feeling of being a “green belt”. And since all enjoyment is momentary, I’ll leave you with a line my sensei left me with and it still resonates in my being.
“Congrats Anjaan, you have been graded the 9thKyu, now you have to deserve it!!” 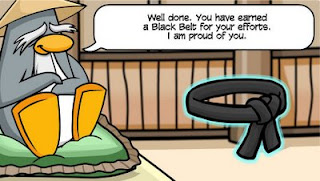 I would like to think of myself as a student for life, learning from each experience I encounter along the way. I firmly believe that anyone who stops learning is old, whether at twenty or eighty. Anyone who keeps learning stays young. The greatest thing in life is to keep your mind young. It is shocking to find how many people do not believe they can learn, and how many more believe learning to be difficult. Learning can sometimes be finding out something you’ve known all your life and realizing it that maybe you actually don’t know it at all!

I know I sound profound but... that has a reason. I’ve just been through one of the most profound experiences – life changing if you may – of my life! (I mean its fuelled me to start a new blog at least right – lol) 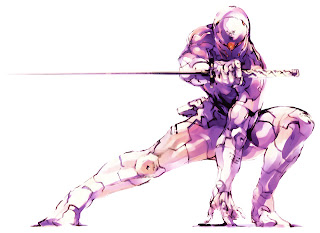 I Started training in the martial art form of Ninjutsu today. I cannot remember exactly how many years it’s been since I stopped training in martial arts, but today (er… yesterday …heh… can’t sleep) was the first time in quite some time. I have had some basic training in Shitō-ryū and in the Shaolin form of Kung-Fu (or its diluted Indian version at least - lol). But its best I forget those classes and start afresh. As promised, here’s a recount – not just because I promised but also because I need to unwind my brain.

Many people feel that training in martial arts is worthless in the modern day and age. Even though there are many forms of training and exercise that are just as effective as martial arts for improving physical fitness, there is no training which requires physical confrontation with another human being. There is something different about “martial arts”, there are the mental and spiritual aspects which take them out of the realm of mere physical fitness. It transforms the marital way into a total way of life and living.

There are people who accidentally achieve the mental focus of a martial artiste when engaged in other sports, but the beauty of martial arts is that they are designed to bring out the Zen mind by individual effort.

True martial arts begin by trying to achieve the mental state of Mushin, which translates 'no mind', and refers to the mental state of nondiscrimination. No preconceived ideas exist in this state, thus a person learns to see life as it truly is, rather than as their preconceptions would lead them to believe. This is so that the right decisions can be made, in self defense, but more importantly in life. 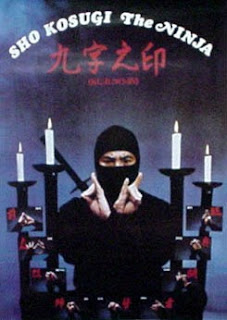 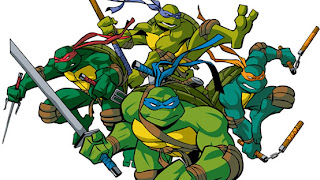 I grew up captivated by Ninja movies. My first martial arts posters were of Bruce Lee and Ninja movie star Sho Kosugi. I had a poster of Sho Kosugi clad in black Ninja Gi performing a flying kick with two swords reading something like, "Mystery is a line in the Ninjas Sword, cold steel cloaked in the black of night."
Of course along the way there influences ranging from Teenage Mutant Ninja Turtles, to Jackie Chan and even Akshay Kumar! *Grin* 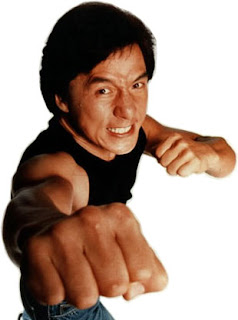 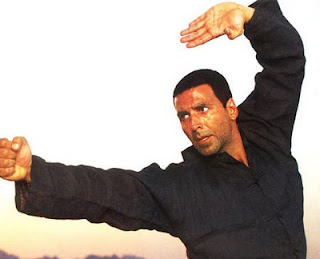 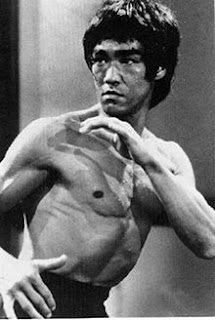 Like any student, the first class is the one you are "most lost". My dojo trains in the Bujinkan way. The system taught by this group, called Bujinkan Budō Taijutsu, consists of nine martial arts traditions. The sensei (even though he detests being called that and insists he is only my friend who shows the path) Shiva Subramanium is a 5th Dan Black Belt in the form. He also holds 3 other black belts *(yes you have to meet him to believe him). The key to the success of any programme is the instructor and I personally think I'm extremely lucky to have found the right one for my wish to train in Ninjutsu.

There is always moments in life which make you look at things in a totally new way. His worlds still ring loud in my head “This class will change your life” and I’m sure as I go by I’ll understand this statement more and more.

I learnt today that the martial form of Nunjitsu is truly an “Art”. It evolves with each student and adapts person to person. This form teaches one to fight in an actual battlefield with actual opponents. It’s a martial form which helps the warrior conserve energy. Its helps one last longer in a real-life scenario. It keeps you aware of circumstances and your environment. It develops an overall awareness of the self and your surroundings.

My first class was also special – because it felt as if everything the sensei said was specifically for me. The simple zen logic of how “every power is within you”, and it is more important to “feel” than “think” not only encompasses how a marital artiste in this form thinks, but also reflect how one should be approaching life.

I’ve always believed that the cosmos and the universe has found a way to give me whatever I want till now. Today I learnt that lesson again. I was brought to this class for a reason. I joined this dojo for a reason. Someday soon hopefully I’ll know what that is. Or maybe I wont! Or maybe knowing it will make me understand that I truly don’t know!

For now I’m going to try not to think too much cuz either way I’m gonna get my A** kicked! And someday soon I’ll be able to say with complete calmness –
“I wont hit you – because I know I can”!