Here's Some exciting news for all Martial Arts lovers. Bujinkan India is having a fantastic 5 Day seminar covering all the portions of the Ten Chi Jin Syllabus. The seminar is one of a kind opportunity. The seminar will be held in Bangalore, India and will be conducted by Shihan Arnaud Cousergue (From France) (aka Kuma).

I suspect the main theme of the seminar will be on the concept DAT - distance, angles and timing. This training helps one to control space, particularly emphasizing the idea of effective fighting without form.

The seminar is open to even beginners. To watch one of the best Martial Artistes in the world show you the ropes, is a priveldge and opportunity doesnt knock often. 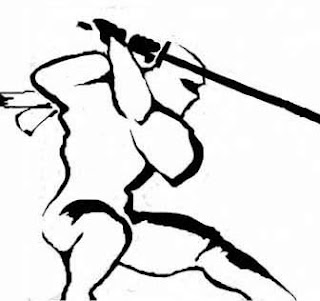 When : 2,3,4,5 and 6th of October 2009 Seminar starts at 9am and go to approximately 5pm Where : Bujinkan India Dojo (Golf Course Road)
What :
Main Instructor : Shihan Arnaud Cousergue (From France)
Note :- Classes are held in a non-competitive atmosphere. You do not have to be an existing student to attend; beginners and new students are welcome. 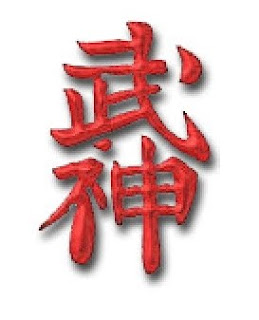 "I often give seminars around the world, but the quality of the depth of the commitment I encountered here, was really refreshing to me. And I want to thank you all for this as it is the promise of a successful future for the Bujinkan community of India" - Quoted from Arnaud Cousergue’s Bujinkan weblog after the 2008 Seminar.

Drop me a line if your coming by, will book a slot for you.
Posted by Unknown No comments: 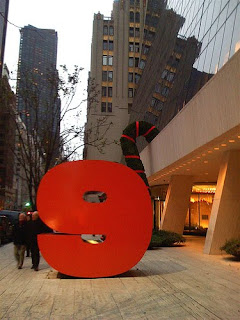 Number 9 – “The Just before” Factor
Some numbers have an effect on you. I find the number "9" very fascinating. Today being the 9th day of the 9th month of the 9th year in this decade (yes its 9/9/9), this post declaring my captivation with this number seemed appropriate. I think this number has an inherent beauty of deception in it.
The number 9 underplays its importance. Besides its mathematical importance of being the highest single-digit number and the first composite lucky number, It is first odd non-unitary square. (3squared). The number 9 is also a Motzkin number.
Here is a number which has been cunning and deceiving about its true value. The number 9 is the number of the Ninja. Let me explain why. 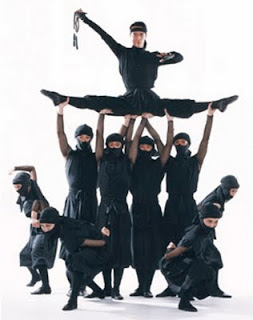 Number 9 Connections
There are many associations you can make with the beautiful number 9.
My life has been filled with instances of 9. My First Salary was 900 Rupees. My old radio Show started at 9pm. I’ve had 9 ex girlfriends (serious relationships). I came back to India in my 9th Standard. All my bike and car number (for some strange Hindu reason which my parents didn’t have an explanation for) have totaled to the “lucky” number 9. I also very fondly remember the Sho Kosugi movie - 9 Deaths of the Ninja where he plays Spike Shinobi!! :) 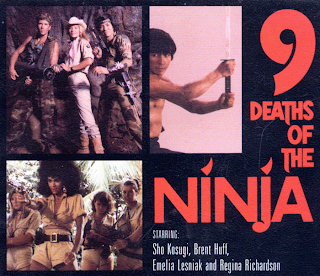 You can find many connections in Ninjitsu too. The most apparent one is that there are 9 systems of martial arts (Ryuha) in the Bujinkan – the school that I study in. One has to pass the 9 kyu’s before they receive their black belt! There are 9 possible directions of attack (considering up + down as 1 direction). It took me 9 classes to get my 9th Kyu Grade (read about it here) A perfect training space is 9 blocks of training mats. And I joined ninjutsu in “09”. The connections can be endless if one gets creative.

In life too one can find many connections with this fascinating number. A human pregnancy normally lasts nine months. We all know legend of cats having nine lives. In the christian angelic hierarchy there are 9 choirs of angels. Nine, as the highest single-digit number symbolizes completeness in the Baha'i Faith. Ramadan, the month of fasting and prayer, is the ninth month of the Islamic calender. Important Buddhist rituals usually involve nine monks.

Hindu's worship the Navagrahas - or 9 Planets. Before 2006 (when Pluto was officially designated as a nonplanet), there were nine planets in the solar. The number 9 is revered in Hinduism and considered a complete, perfected and divine number because it represents the end of a cycle. (maybe thats because the decimal system originated from the Indian subcontinent way before 3000 BC). And there were 9 Avatars of Vishnu till now - We're still awaiting the 10th - Kalki. And 9 is the last digit card that will help you total to 21 in Blackjack! :) 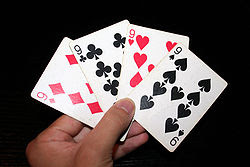 I also found this fascinating website – talking about the Magic of number 9 <- Check it out. I remember our trip to Hongkong staying at Kowloon which literally means nine. I also remember the beatles hit "Revolution 9", and its main line repetadly saying - "Number nine...number nine...number nine..."
BTW has anyone played the video game Ninety Nine Ninjas? 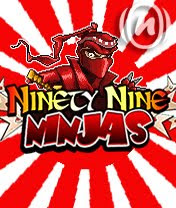 The story of Kuki – Nine Demons
In the history of the Bujinkan, there’s a story of a nija and expert in different bujutsu called Yasushimaru Kurando. During a nightly escape rescue mission the blade of his naginata (spear) was cut off by his adversary.
Kurando defeated his foe using the secret bojutsu technique of Gyaku Juji. Thus was invented the “Bo”. The learning in this story is in the understanding of the situation and the adaptation skills of a ninja. Kurando was able to save the emperor he was rescuing by using the very essence of Ninjutsu. The emperor then gave him the name of “Kuki for he fought like the nine demons!

Some Trivia about the Number 9 (thanx to Wikipedia)
A polygon with nine sides is called a nonagon or enneagon.[2] A group of nine of anything is called an ennead.
Casting out nines is a quick way of testing the calculations of sums, differences, products, and quotients of integers, known as long ago as the 12th Century.[4]
The Nine Chapters on the Mathematical Art is a Chinese mathematics book, composed by scholars between the 10th century BC, and the 1st century AD; it is the one of the earliest surviving mathematical text from China.
Nine is the binary complement of number six:
Nine is the atomic number of fluorine.
Nine ball is the standard professional pocket billiards variant played in the United States.

Nine is strongly associated with the Chinese dragon, a symbol of magic and power. There are nine forms of the dragon, it is described in terms of nine attributes, and it has nine children It has 9×13 scales, 9×9 being yang (masculine, or bad influence) and 9×4 being yin (feminine, or good influence).[7]
The dragon often symbolizes the Emperor, and the number nine can be found in many ornaments in the Forbidden City.
Nine (九 pinyin jiǔ) is considered a good number in Chinese culture because it sounds the same as the word "longlasting" (久 pinyin jiǔ)[citation needed].
The circular altar platform (Earthly Mount) of the Temple of Heaven has one circular marble plate in the center, surrounded by a ring of nine plates, then by a ring of 18 plates, and so on, for a total of nine rings, with the outermost having 81=9×9 plates.
The nine-rank system was a civil service nomination system used during certain Chinese dynasties.
Nine, as the highest single-digit number (in base ten), symbolizes completeness in the Bahá'í Faith. In addition, the word Bahá' in the Abjad notation has a value of 9, and a 9-pointed star is used to symbolize the religion.
The number 9 is revered in Hinduism and considered a complete, perfected and divine number because it represents the end of a cycle in the decimal system, which originated from the Indian subcontinent as early as 3000 BC.
Important Buddhist rituals usually involve nine monks.
The first nine days of the Hebrew month of Av are collectively known as "The Nine Days" (Tisha HaYamim), and are a period of semi-mourning leading up to Tisha B'Av, the ninth day of Av on which both Temples in Jerusalem were destroyed.
Nine is a significant number in Norse Mythology. Odin hung himself on an ash tree for nine days to learn the runes.
The Fourth Way Enneagram is one system of knowledge which shows the correspondence between the 9 integers and the circle.

Its 9 o clock somewhere in the world right now. I hope they know the importance of this magnificant number and are celebrating it!
Posted by Unknown 5 comments: