Being One - through Shinken Gata

Yesterday I graded for my 6th Kyu. The grading involved a test called the "Shinken Gata". The matrix of meanings that the words "shin" and "ken" can have are innumerable. But some basic ones could mean - spirit, soul, heart, self, truth, real etc.

Ken could mean Sword, fist, weapon among many other things. The dictionary definition of Shinken Gata could be "Real Combat Movement/training"

I have previously spoken about the lack of hitting, no violence and non existence of a sport like sparring situation in this martial art! Yesterday's grading was the anti thesis of all the conditioning I had in my head about the art. This form is as real as REAL can be and yesterday I WAS in a real fight with 6 black belts... and more with "Myself".

I was thrown around, hit, smashed, poked. I even have war bruises, poke marks and blod clots as proof!
No Im not saying the form propagates violence - but I also realised the only way to understand nonviolence is to truly study violence. Kind of like discovering motion in stillness.

Shinken Gata is used as a way of sharing the seriousness with which we are to approach the art. Shinken Gata is a real-life application of the moves we learn with the physical and spiritual consequences associated with taking such encounters seriously. This idea of "one encounter, one chance" (ichi-go, ichi-e) is what separates all budô (martial ways) from sports or mere exercise.

When your body tires and has no energy left, you wonder where to go. People speak of a certain "inner inspiration" and "mind over matter" - last evening I felt it.
I realised training in a martial art form is all about being able to be in this "Zone". And staying there! After my Shinken Gata yesterday Ive learnt that the body has its own thinking and is only infinitely connected to the world and the surroundings through the mind.

Once you acheive this "one"-ness your body will automatically move - without help from your mind. There is no thinking involved. Just the pure essence of feeling.
Once you let this connection control you, you derive energy from everything and everybody around you letting you be calm and composed while actually exerting tremendous physical energy. These connections are omnipresent and are easy to tap. All it needs is a certain "letting go". 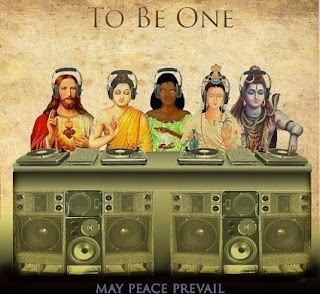 Ive always prided myself on being articulate but the feeling of oneness that you achieve after the "shinken gata" cannot be described in words. Like most things in life the only way is to experience it. in the DOJO or Outside.

Ive realised that tiredness or fatigue is a state of mind and pain is in your head. If you take your thinking out of the situation and your mind out of the equation then your Taijutsu becomes Shinken Gata.
I also surprised myself a few times and on reflection am still wondering how I did those things. Now my next aim is to achieve this "natural movement" one-ness more often and perhaps even bring it to REAL Life applications

After reading this I hope you are inspired to find new meanings for "being one"
Posted by Unknown 1 comment: