After my announcement as the Brand and Tourism Ambassador for India by Tourism Queensland Australia, there seems to be more and more OZ connections sprouting up in my life.

The most recent to be the announcement of a seminar by one of Australias most Eminent Martial Artistes - Shihan Darren Horvath. Shihan Darren is one of the highest ranked representatives of Bujinkan. He is a 15th Dan Shihan (Master Instructor) of the Bujinkan tradition, as taught by the Grand Master Masaaki Hatsumi. To get more information about Darren, you can go here.

I had written about the previous seminar and I reiterate - To watch one of the best Martial Artistes in the world show you the ropes, is a privilege and opportunity doesn't knock often. 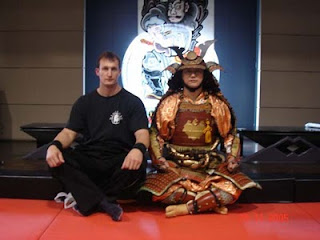 Seminar Details
When : 28th of March 2010 Seminar starts at 9am and go to approximately 12pm
Where : Bujinkan India Dojo (Vasanthnagar, Bangalore)
What :

Main Instructor : Shihan Darren Horvath (From France) Note :- Classes are held in a non-competitive atmosphere. You do not have to be an existing student to attend; beginners and new students are welcome.

Darren will be the First OZ ninja that I meet! :) And Train Under 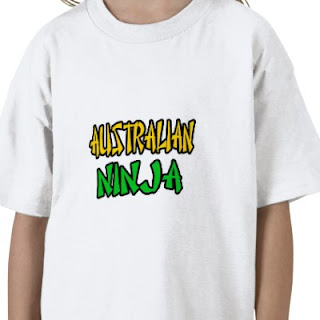 Ninjutsu is a complete and efficient martial art, proven on the field. Complete because, in addition to the hand-to-hand combat, I always appreciate the fact that I can train with the sword, the stick, the knife and lots of other weapons.
Efficient? To be convinced of this, it is enough to see that the Indian Police, the American Army instructors, the FBI, numerous other fighting groups are using the Ninjutsu techniques.
It is reassuring to know that, in a real situation, we’ll be able to provide an adapted response and come out of it with the least harm possible.
This sunday I look forward to furthering my skills and gaining more knowledge.
This Seminar looks to be extremely appealing. And Im sure Darren is super fun - after all he's an OZ right?
Posted by Unknown No comments: